Once again, I have something to tell you – a mere moment of conversation, but I made the note and then forgot and only just found it.

Then I realized that you need some back story, or it won’t make any sense.

Then I dug through my old posts and realized that I’ve not adequately explained the true nature of our differences, and you’ll be lost no matter what. 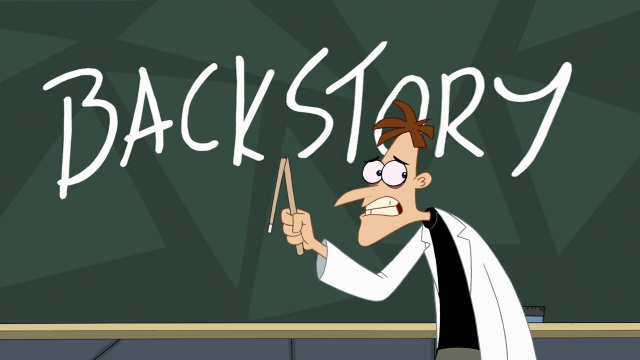 I know I’ve mentioned here before that we have a mixed marriage.  I’m over-the-top for all holidays and he really couldn’t care less as long as there’s chocolate and maybe some presents.  I work for a haunted house and he won’t even watch scary movies with me.  He will watch any crap the sci-fi channel puts out and I have to roll my eyes and leave the room because seriously?  I want a duck and he rambles on about drainage.

He re-watches the old Doctor Who and I’m strictly a new series girl.  These are very real divides.

Thinking of all of that reminded me – and I swear, this is an actual good and related example – of this conversation last fall.  See, just as I’ve failed to explain things properly to you, so too do some of our friends not realize that I don’t actually have all that much in common with my husband.

FRIEND:  So are you guys pretty excited for December?
ME:  Huh?
FRIEND:  The new Star Wars movie.  It’s out December-
ME:  Oh, yeah.  I don’t really keep up with that.  We’ll probably see it, though.
FRIEND:  But…. your husband and I were talking about it.  We talked for like 20 minutes about it.  He’s as into it as I am!
ME:  Yeah.  Hmm.  I just… I mean, I’ll go.  But my hopes are not high.
FRIEND:  You at least saw the other ones, right?
ME:  Yeah, eventually.
FRIEND:  Eventually?
ME:  I saw the first three when I was young, but it took a long time for me to see the other ones.
FRIEND:  Why?
ME:  I went to see Phantom Menace in the theater opening weekend, but I fell asleep.
FRIEND:  You fell asleep???
ME:  (nodding) During the pod racing scene.
FRIEND:  So he won’t come see you at the haunted house, and you fell asleep during Star Wars?
ME:  Twice.  I tried again a few years later and fell asleep again.  Same part.
FRIEND:  HOW ARE YOU TWO MARRIED?
ME:  He tricked me.*
FRIEND:  …
ME:  He hates musicals, too.

ME: So, you gonna go see Les Mis with me? HIM: Uh, les no? ME: (rolling eyes) You do realize that it would be ‘le no’ anyways HIM: See how little I would understand?!

Oh, also?  Only slightly off-topic – he wanted me to tell all of you (“everyone,” according to him) that we did see Deadpool opening weekend and we loved it.  Which I’m sure you already guessed, if you’ve thought about it at all, but then this happened:

HIM:  (reading through old blog entries again**) You should say something about the Deadpool movie.
ME:  What’s there to say?  It was amazing, and everyone should see it.  Everyone did see it.
HIM:  Yeah, but you mentioned here (gestures) that you were looking forward to it…
ME:  Nothing more to say.  Anybody who needs me to convince them to see it isn’t worth talking to.
HIM:  Yeah.  But still…. you should tell them how good it was.

There.  Now I’ve told you.  You probably already saw it anyway, right?

Back to the thing I’ve been meaning to tell you about since December, which was the actual reason for this post.    Ugh, you really deserve a more organized blogger.

Please don’t leave me for one.

(December 25, evening.  We are on our way to the theater to meet friends)

HIM:  I am so glad that we get to see the Star Wars movie on an IMAX screen, in 3D
ME:  (smiles indulgently)
HIM:  This will be The Phantom Menace like we’ve never seen it before!
ME:  Turn.  The car.  Around.  I did NOT pay $15 a ticket to fall asleep a-fucking-gain!

* I’m going to have to explain this to you one day, aren’t I?

**I’ve mentioned that he does this periodically, right?  He likes to re-read and laugh at himself.