I have no way of knowing how many of you are in a position to send care packages, but I highly recommend it.

Sure, shipping costs will amount to more than the value of the actual items, but it’s the easiest way I’ve found to become a hero to someone you love (and a lot of people you’ll never meet.)

I, naturally, put together the Best Care Package Evah for Offspring.  I meticulously listed and photographed everything as I put it in the giant box, with the intent that he would photograph the condition of his treats on arrival and we could then report on which items ship best and which you could maybe pass on in favor of something more durable.

He opened the box in front of them.

Most everything was gone within the hour.

So copy my list at your own risk!  And be aware that if you send The Best Care Package Evah your loved one might not get any of the actual treats.

Unless, maybe, they live with humans and not wolverines.

Shall we dive in?

Bagram AF has no shortage of junk food available; at any hour of the day or night you can pick up a can of pringles to go with your soda or energy drink of choice and Ruffles are available everywhere, provided you’re okay with the weird flavors.[1]

ME:  What about Lay’s?
OFFSPRING:  Baked.  Only.
ME:  Ew.
OFFSPRING:  Yeah, I think they might be left over from Desert Storm because no one eats them.
ME:  That’s got to be some sort of war crime.

So I thoughtfully sent my baby boy a whole box of Sun Chips, in a variety of flavors.

He had to hide his favorites.

But they arrived in more or less the same condition you’d expect to find on a store shelf, so that’s something.

For the enterprising soldier, exchange student, or otherwise away-from-home recipient, I recommend ramen. 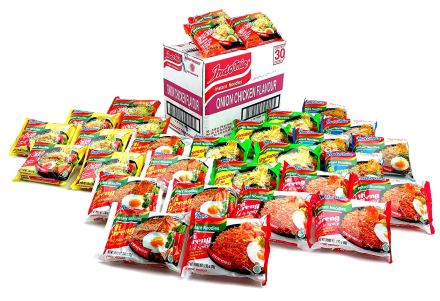 Yes, ramen.  If you live anywhere near a decent Asian market these delights are five to ten cents per package, but Offspring didn’t get to keep all of his.

That, for my mathematically challenged readers, is an eighty billion percent profit.[2]

Even if you’re stuck paying grocery store prices, you can help someone you love create a little ramen empire.  Just be sure to get the good stuff—I’m throwing in links in case you don’t know about good ramen.

Offspring says the ramen survived the journey just fine, and requested I send more so he could grow his little business.

The Biscoff were quickly stolen by contractors.

Those guys make enough to buy a damned jet and fly home for cookies,[3] but they still descended on the “fancy Delta cookies”[4] like a pack of jackals and left my poor Squdgee BooBoo with only the few he risked losing a finger to grab.

He said they arrived in perfect condition, from what he could tell.

I included stroopwafels both because Offspring loves them and because I knew they’d be a hit with his coffee and tea swilling coworkers.

The strooper pole, as it became known, had everyone trying to guess the ethnicity of PFC Squdgee BooBoo’s mom.  How could she possibly know about stroopwafels?[5]

Some of the stroopwafels were cracked, but I’ve bought them here and had the same issue so maybe wafer-thin cookies just don’t travel well. 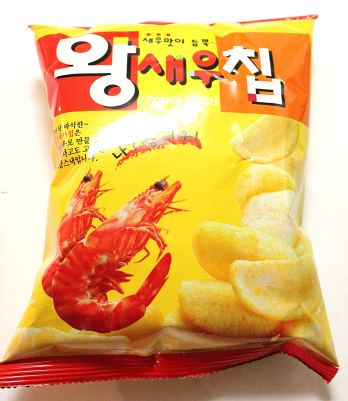 I sent both shrimp chips and prawn crackers, which prompted another round of Guess Her Skintone[6] from everyone in the vicinity.  Some had never tasted these delights, and were quickly converted to the Superior Fried Snack.

Also, I had to list everything in the box for the customs form.  If I’d sent ordinary baked goodies, I would have been allowed to just list “homemade baked goods” and shipping might have been less… but the package would have arrived in the same timeline as everyone else’s.

They use an actual slow boat.

I credit the prominent mention of shrimp chips, a mystery in that part of the world, with customs’ eagerness to get it off their dock before it started to attract stray animals.[7]

They also arrived in pristine condition, so I highly recommend including prawn crackers (or shrimp chips, or both… why not both?  Don’t be stingy)

The snacking nori was the one treat I was sure Offspring would be able to keep all for himself.  They’re little green sheets—nobody ever wants to try one when I eat them! 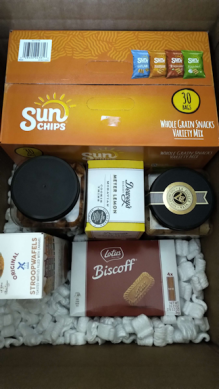 But Offspring ended up giving out “samples” and, again, barely got to keep any for himself.

At least they ship well. 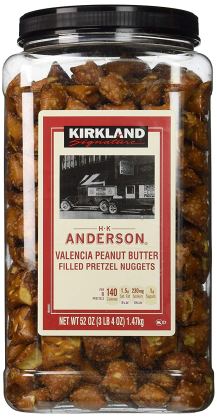 The peanut butter pretzels put the Americans back on familiar ground, and they quit insisting Offspring must be adopted.[8]

They were also stolen right out of his hand.

No feedback on their condition on arrival, but they were popular! 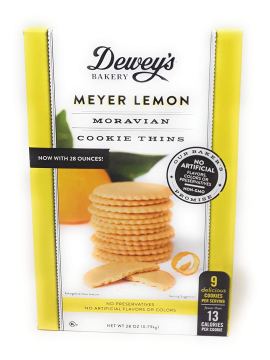 Offspring didn’t make many requests for his care package—he claimed discomfort with the idea of asking for specific gifts; this might explain the barren state of his amazon wishlist—but he did manage to request Lemonades, his favorite Girl Scout cookies.

It was not GSC season.

So I scoured stores looking for a suitable substitute and came upon these lemon cookies.  Offspring proclaimed them tasty, but not at all the same.

I am under orders to procure the real thing next time I see the cookie dealers.

And more of these while I’m at it.

They shipped about as well as the stroopwafel, I think.  His mouth was full when I asked.

So there you have it: a complete shopping list for the absolute Best Care Package Evah.

[1] Sorry, Canada, I’m never getting on board with catsup potato chips.  And I’ll eat the pickle flavored pringles before you have time to ask what’s wrong with me.

[3] Not quite, but it makes me a little bitter… mostly because their cash is tempting Offspring to go back after he gets out.  Say that out loud.  Do you hear the crazy?  Because Offspring does not… he only hears dollars.

[5] Answer: because they’re fucking delicious.  And if anyone ever makes a caramel-filled anything, I get an alert.

[6] Seriously the weirdest guessing game I’ve ever been an unwilling part of.

[7] Shrimp chips never go off.  It’s part of the miracle.

14 comments on “Best Care Package EVER”